A La Ronde is a unique 16-sided house, part of the National Trust. Home for two wealthy, unmarried cousins, Jane and Mary Parminter, as with other examples of the cottage ornee tradition, A la Ronde may also have been a form of intellectual retreat. In some part perhaps a benevolent venture and maybe a place founded with a religious sense of purpose. It is unusual in combining these meanings of the late 18C cottage and in realising them in close proximity to one another. 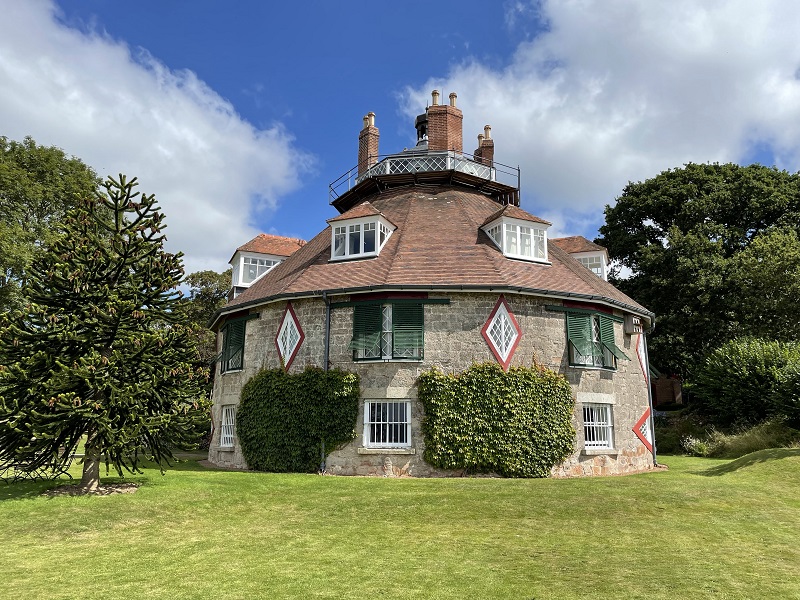 This research will explore the concept of ‘cottage communities’ in the late Georgian period, and will specifically test whether such a concept, based on religious and female networks, was a reality, an ideological concept or a recognisable literary device. There is limited surviving archival material (such as letters) that might reveal clues as to the influences on the creation of A la Ronde and its surrounding community by the Parminters. This project takes an alternative approach to investigating the influences on such ideologies at A la Ronde, by drawing connections between the community the Parminters sought to establish within wider contexts of benevolent female circles and religious networks in the period, which could be literary or a lived reality. The project will not only contribute to the establishing of an active research environment at A la Ronde by providing starting points for future research at the property, but will also support the generation of content for their public programme.