Bruntwood  offers retail, office, and virtual office space in the North of England and Birmingham. They often partner with artists/artist venues on collaborative projects, including Manchester School of Art. They also own Stretford Mall.

Some of the empty retail units at Stretford Mall are currently being occupied by artists as a way of engaging the local community in art/craft/cultural activities. Unit 28-30 aimed to contribute to this growing culture, to provide a foot fall, and the opportunity to engage with audiences beyond gallery and university environments. Consequently, the Placement is intended to perform as an extension of the methods and methodologies developed during Rebecca’s practice-based PhD, much of which is concerned with site-specific installation and the re-configuration of interior space. The unit at Stretford Mall therefore provides the space and time to continue developing these ideas. 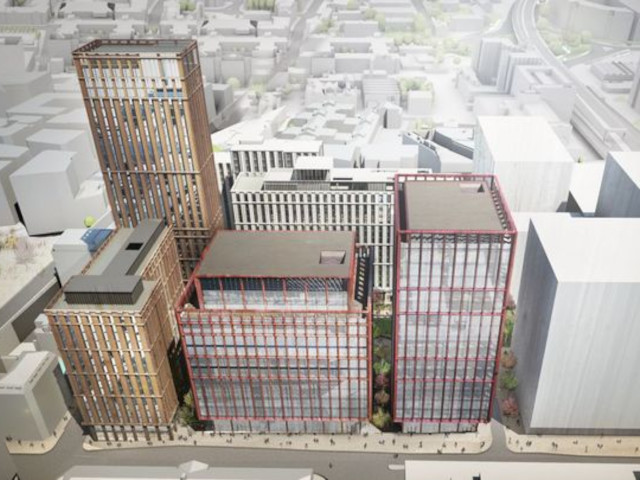 Artworks were created in direct response to the retail unit’s history and architecture, referencing details and elements within the space. In this sense, the artwork was about transforming a rather mundane, run-down space into something curious and engaging, and to contribute to Stretford Mall’s footfall in the process. 90% of visitors offered positive feedback, commenting on how important projects like this are in terms of culture and mental health. An online workshop with fellow students from MMU also took place, which focused on the concept of ‘dream galleries/artist studios.’ Consequently, the Placement provided an opportunity to engage with new audiences that reached beyond either an academic and/or arts-based environment. It contributed to Stretford’s growing art culture and opened up a dialogue with audiences who might not have previously been familiar with the various processes and methods involved in practice-as-research.

The Placement revealed an appetite for more art exhibitions and other creative events in the Stretford area. Many of the individuals who visited the exhibition expressed their desire for other, similar types of projects, explaining that the Mall and the surrounding area are lacking in creative culture. In addition, the overall feeling was that it was beneficial for the Mall to occupy the empty retail units, even if just temporarily. The retail manager at Stretford Mall was surprised at the number of people who had attended the exhibition, and also received lots of positive feedback from customers about the exhibition/artworks.

“This project has opened the door to lots of other creative projects as well as providing a prototype for similar projects in other public spaces. It has enabled me to create networks and contacts with other artists and organisations, and it has allowed me to expand and refine my methods and methodologies in preparation for post-doctoral research. It also allowed me to develop my skills and experience as a practising artist. I took on a project management role, overseeing every aspect of the project, from installing the artworks, to curating, to marketing, and so on… I was able to engage with new audiences outside academia, and install artworks beyond the confines of the white wall gallery.”

“Rebecca’s exhibition at Stretford Mall attracted over 120 customers, with many commenting on the engaging and interactive nature of the artworks and welcoming similar types of creative projects. The exhibition contributes to a growing arts/craft culture at Stretford Mall, as well as a focus on bringing more independent business to the area.”