Music Post-Production in the Hollywood Motion Picture and Entertainment Industry

Digitisation in working practices and the transition to video-on-demand online streaming services have changed the way in which industry practitioners within the motion picture and entertainment industry operate, and how audiences engage with their work. This project explored and implemented new digital strategies in audio post-production in the film and television industry such as emerging royalty payment structures, copyright ownership methods, and practical STEM (Stereo-Master) formatting and remixing of music and sound for the multi-episodic form in the fast paced environment of content production. 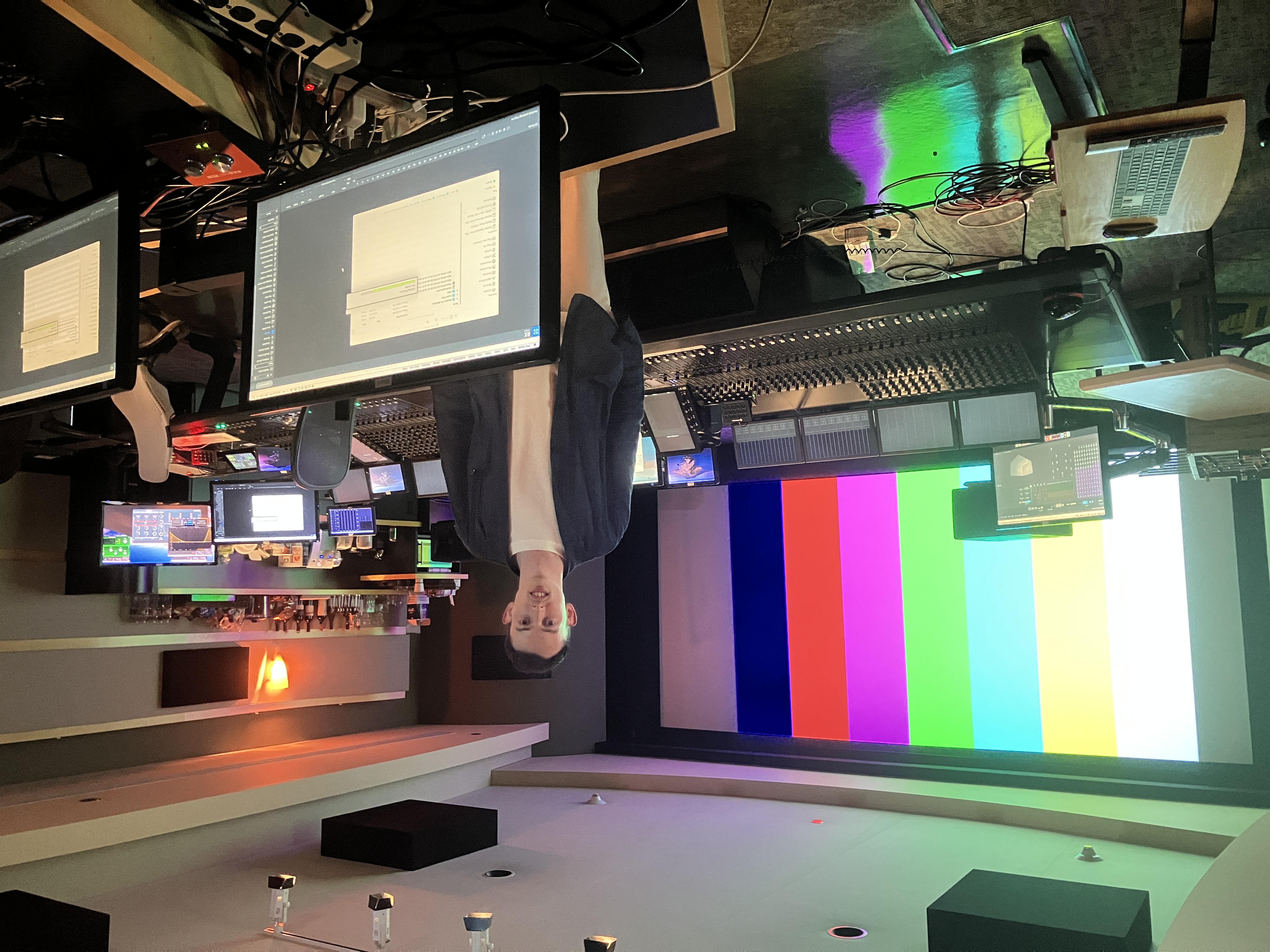 This project utilised the findings of James’ current research to implement new digital strategies in audio post-production in the film and television industry in a practical way. Through participant observation and practice as research he observed and assisted in practicalities of sound composition, editing, and mixing, forming part of a team of audio post-production workers to deliver industry leading quality content within the Hollywood Film and TV industry.

James worked as part of the team which delivered the audio post-production for an 8-part multiple episodic series for the Universal’s streaming platform “Peacock”. Individually, he was the sole music composer for the independently produced feature narrative film Love Doll, premixed by Academy Award and BAFTA winning Ben Wilkins and directed by Academy Accelerator recipient Michael Flores. The production line approach to major studio production is still in operation yet the digitisation of the industry has led to speed up production, flexibility, and fluidity in form, finance, and function.

The impact of the project has been significant. For the partner, it has allowed a macro observation research project to be conducted and implemented in the micro of their day to day operation, leading to efficiencies within the business strategy and their operation move to video-on-demand content.

James described the effect of the placement on him as “profound”, having led to significant professional and personal development including the saturation of the elite level production of major studio Hollywood entertainment industry. The placement exposed him and introduced him to industry leading operational practice, clientele, personnel, and a network of industry opportunities to further benefit from as his career continues to develop. James has been offered further work by the partner as well as offers from filmmakers involved in the placement which will fast track his development as a composer within the film and television industries.

The outputs of this placement were very much geared toward to a team delivery of bespoke and specialist audio postproduction services in the completion of the soundtrack for major motion picture feature films and series. The integration of current research conducted by James into the daily operation of audio post-production services was of significant value and assisted in the development of the operation and highlighted areas for further development as the industry continues to grapple with the effects of the pandemic and the move to video-on-demand streaming platforms. This collaborative experience has been of value to both parties and the highlight was being able to share industrial practice with emerging talent in both an academic and industrial context, learning from each other in the process, as the next generation of personnel and operations begin to emerge, shaping the future landscape of the industry as a whole.

The highlight of this experience was being on the lot of a Major Hollywood film studio, integrating myself into the daily operations of high pressure and elite professional practice. I was most proud of being able to not only participate in this environment but excel, and realise that this somewhat guarded industry can be broken into by those who are passionate and tenacious enough.

James already has a good track record as a composer, teacher and researcher but this opportunity has the capacity to take him to the next level of his career as he finishes his postgraduate study. The work experience that James has undertaken is of extremely high quality and gives James experience and insight from the very top of the global entertainment industry. In a HE sector in which employability is becoming increasingly central, the experience and networking opportunities afforded by this trip will give him clear benefits for his career going forward. Firstly, it will provide invaluable insights into the industry which will no doubt greatly inform his future teaching and research in this area. Secondly, within many HE institutions in music, employing staff with continuing creative practice and industry engagement is highly valued. The experience will thus greatly benefit any freelance and practical research work he may undertake in this capacity in the future.

This project was completed as part of the NWCDTP Placement scheme (Researcher-Led), between June and August 2022 (full time).